Reasons, classification of curvature of the spine.

Scoliosis (scoliosis; Greek skoliosis curvature) is a disease of the musculoskeletal system, characterized by a curvature of the spine in the frontal (lateral) plane with a turn of the vertebrae around its axis, leading to impaired chest function, as well as cosmetic defects.

The spine, when viewed from behind, should be straight. In some, however, it takes an S-shape (scoliosis). In mild cases, this does not lead to any complications. With significant curvature of the spine, when it rotates around its axis, sometimes pain occurs and its ability to function normally decreases. From the point of view of biomechanics, the process of formation of scoliotic deformity–is the result of the interaction of factors that violate the vertical position of the spine and adaptive reaction aimed at maintaining a vertical posture. Therefore, treatment of scoliosis in such cases is mandatory. 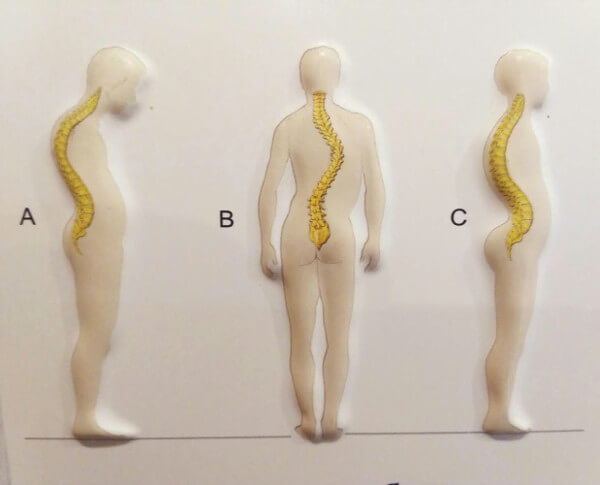 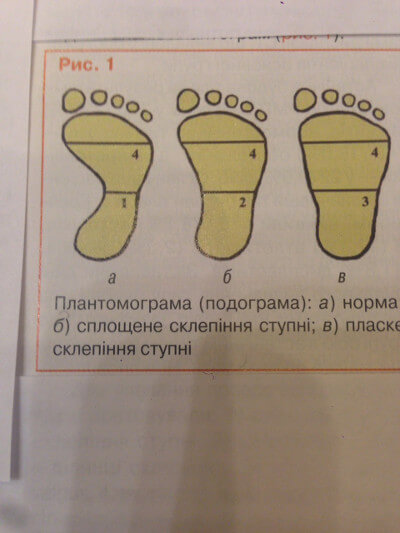 Scoliotic disease, or scoliosis , in contrast to the functional curvature of the spine in the frontal plane, is characterized by wedge-shaped and torsion deformity of the vertebrae progressing during growth, as well as deformation of the chest and pelvis.

Structural scoliosis develops with some metabolic diseases leading to functional inferiority of connective tissue structures–  Marfan syndrome, Ehlers-Danlos syndrome, homocystinuria, pick it up. With these diseases, scoliotic deformation acts as one of the symptoms, and not the most important one.

Static scoliosis is usually called structural scoliosis, the primary cause of which is the presence of a static factor–of asymmetric load on the spine due to congenital or acquired asymmetry of the body (for example, asymmetry of the length of the lower extremities, pathology of the hip joint or congenital torticollis.).  With static scoliosis, the rate of progression and the severity of deformation depend on the ratio of the severity of the static factor and the factor of functional failure of the structures, those who hold the vertical position of the spine. With a good functional state of the musculo-ligamentous apparatus and intervertebral discs, curvature of the spine can remain functional in nature for a long time or not lead to the development of progressive scoliosis. As long as the pulpous nucleus of the intervertebral disc maintains a central position, the pressure of the body weight transmitted to the disc is distributed evenly over the entire area of ​​the supporting platform of the underlying vertebra, without causing progressive wedge-torsion deformation. If, in the presence of a slightly pronounced static factor, the compensatory mechanisms are weak or there is a functional inferiority of the connective tissue structures, the scoliotic factor forms and causes the progression of deformation. With functional muscle failure, most of the load to maintain a vertical posture is transferred to the ligaments. A sufficient degree of ligament tension is achieved due to a significant increase in the angle of curvature of the spine, leading to an increase in the load on the intervertebral discs, persistent lateral displacement of the pulp nucleus, and thus the formation of a scoliotic factor. Static compensation of gross asymmetry of the body can be achieved due to significant curvature of the spine. At the same time, the intervertebral discs are subjected to a large asymmetric load, which leads to the formation of a scoliotic factor even in the absence of dysplastic changes, muscle weakness, and constitutional weakness of connective tissue structures.

With scoliotic disease, allocated in a separate nosological form, curvature of the spine – is the main symptom. The term «scoliotic disease» combines congenital, dysplastic and idiopathic scoliosis (i.e., scoliosis of unknown origin).  Congenital scoliosis is caused by gross skeletal malformations, such as additional lateral cuneiform vertebrae of the vertebra. With congenital scoliosis, the shape of the curvature is directly dependent on the location and nature of the anomalies.

The reason for the development of dysplastic scoliosis – dysplasia of the intervertebral disc, expressed in the eccentric location of the pulpous nucleus. With dysplastic scoliosis, bone abnormalities such as failure of the vertebral arches are often detected, violation of the tropism of the articular processes, S – I lumbarization, L – V sacralization, indicating the presence of «dysplastic syndrome». With the so-called idiopathic scoliosis by modern means of examination, it is not possible to identify the immediate causes of the development of curvature of the spine.

In adolescence, sometimes there is another, more dangerous form of curvature of the spine, the exact cause of which is unknown. Here we are talking about Scheuermann-Mau disease. The disease occurs due to uneven areas of the bodies of the affected thoracic, less often upper lumbar vertebrae. The affected vertebrae lag behind in growth in height, kyphosis is formed here, later– thinning of the intervertebral discs. Deformation in this case is very severe, pain and a feeling of «stiffness» in the spine, rapid fatigue are felt. For the adolescents in question, the curvature also entails significant psychological trauma. Mechanogenesis of the development of deformity in Scheuermann-Mau disease is as follows: 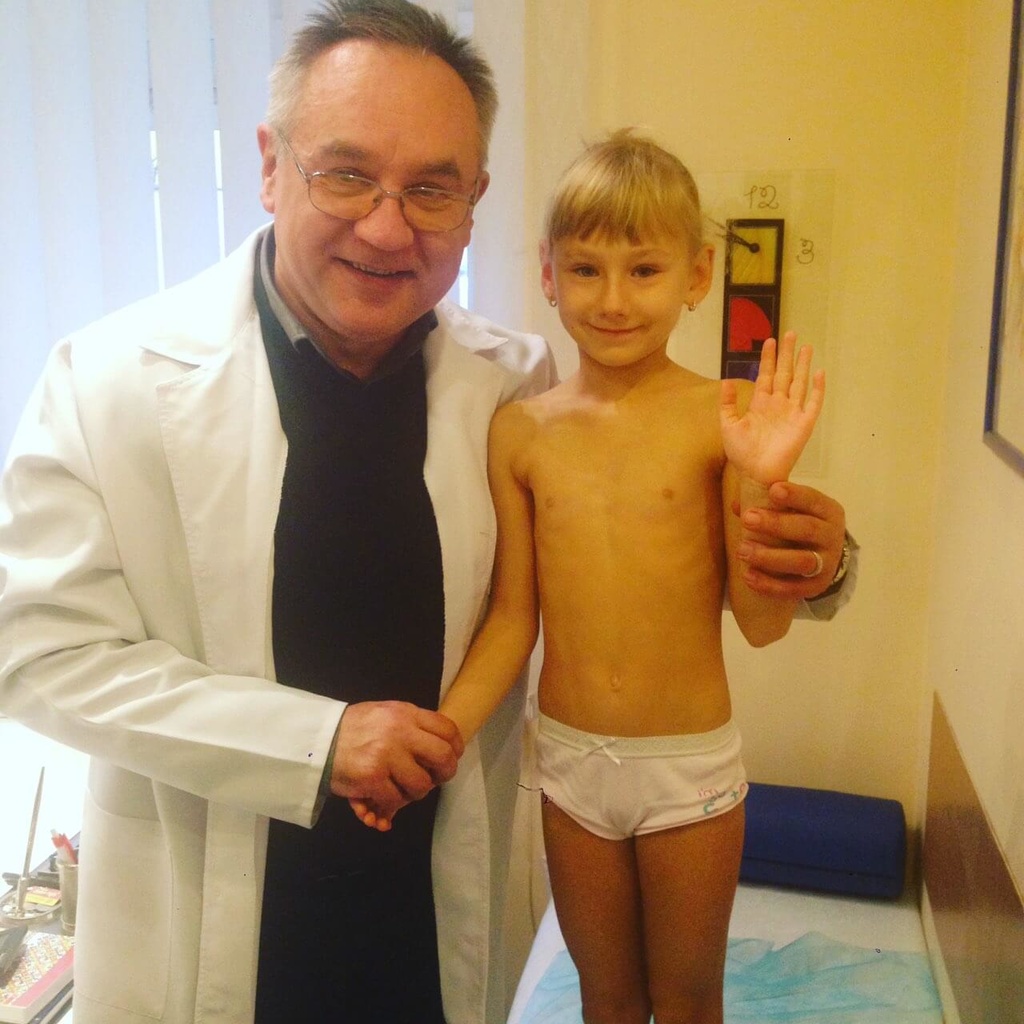 Conservative methods of treatment of scoliosis cannot directly affect the structural changes of the spine. Therefore, attempts to mechanically «straighten» the curvature of the spine caused by the structural reconstruction of the vertebrae and intervertebral discs are pointless. The essence of conservative treatment is to correct spinal curvature by reducing the functional component of the curvature and stabilizing the achieved correction by improving the functional state of the musculo-ligamentous apparatus or using corsetry. 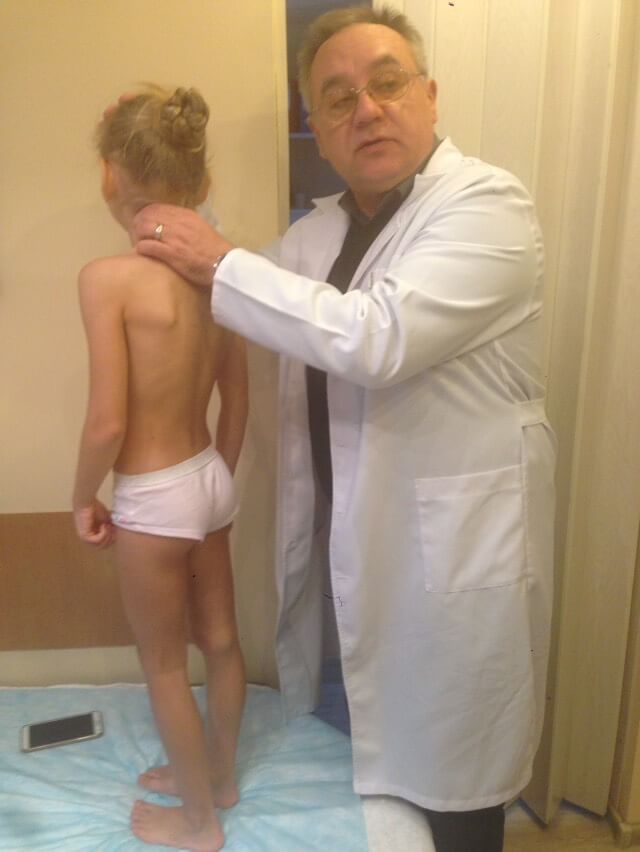 We thank you for contacting us!

Your percentage of pain: